The Hat in The Desert Hat by Ed Rosenthal 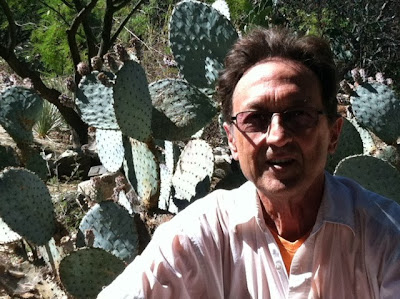 The Desert Hat  is a volume of poetry inspired by a six-and-a-half-day ordeal of Ed Rosenthal, a Poet-Broker, who survived alone after being lost in the Mojave Desert in September 2010.  An experienced hiker, he unexpectedly veered far away from his usual route and could not find his way back. He found refuge in Salvation Canyon, was several times missed by search-and-rescue aircraft and helicopters, and finally, miraculously was found by San Bernardino County Sheriff's Deputies.

The wry, surreal, and reflective poems in The Desert Hat: Survival Poems describe the spiritual trajectory of a survivor living through a close encounter with death, starting from alienation in a corporate urban environment and ending with the post-trauma reflections about life and natural environment.

The book consists of 36 poems organized in four sections, reflecting the distinct stages in the spiritual and personal journey, from getting off track, through searching for a way back, hallucination in a hostile desert environment, finding shelter in the shade of Salvation Canyon, being rescued, and experiencing the world after the return from the brink of death.  The title alludes to a canvas hat that Rosenthal used as a notebook and helped the lost poet control his thoughts, capture emotions, and write down his last will and a farewell to his wife and daughter.

The volume is illustrated with photos of the various sections of the famous hat that helped the poet survive his ordeal. He wrote messages to his family, including instructions for the wake and farewells. The photos were taken by Maja Trochimczyk in September 2013 in Descanso Gardens, along with a portrait of the poet-broker, who was wearing his lucky white shirt - it did not even get torn during the six and a half days in the desert.


Here's one of the title poems, The Hat I:

I got to the place out of the sun after a three day search
the first day looking for an exit, the second hiding
under a tree, the third morning of survival

A cold moon follows the blistering vision of day
I went downhill for succor, for a friend to lean against
from sun and night wind

Seeing I would outlive that day’s sun and maybe
only another, I turned my hat to a mirror,
my pen to my blood’s red artery

“My dear wife and daughter, I lost the trail of celebration
of deals. I may never see you, read my wish and will.”

for a circle of friends gathered by the barbecue of stewed tomatoes, candied rice
with roasted meats and broiled fish at my wake of smoking and carousing,
with the clink of vodka glasses,

per my will, written on my desert hat
to be executed by my beloved
for my only child. 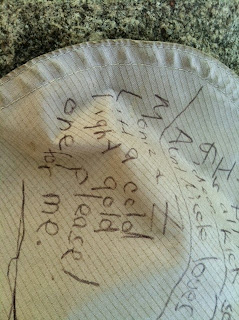 ABOUT THE DESERT HAT

In "The Desert Hat," Los Angeles poet/real estate broker Ed Rosenthal presents the mythopoetic journey through his real-life experience of being lost for 6 days in remote canyons of the Mojave Desert's Joshua Tree National Park in September, 2010. "The Desert Hat" delves deeply into the wildest and unpredictable heart of the Mojave into a storied landscape that Rosenthal renders as both recognizable to the reader and also deeply specific to his solitary and unanticipated experience, and in these poems, creates an empathetic and spiritually-affirming desert landscape that resonates within all of our desert hearts. 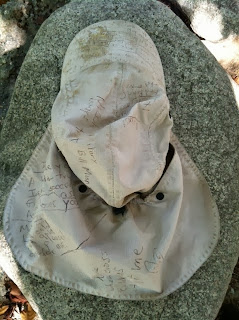 Ed Rosenthal’s The Desert Hat not only recounts an incredibly vivid story of survival, but maps out the dangerous journeys of the heart and the imagination in that hallucinatory place between mind and body, between nature and man, between the past and the future. Like poet James Wright, Rosenthal ”goes/ Back to the broken ground” of the self and finds a stranger there trapped in the cosmology of an endless, unpitying desert. As the stark “sun burns holes/ into the sky” the psyche’s true-north compass finds salvation’s shade. Rosenthal climbed out of “the busted monster’s mouth” with a beautiful, moving
book. 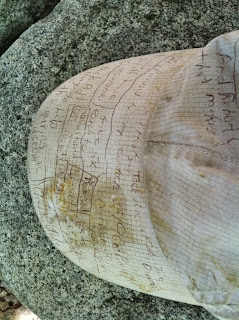 The “poet-broker” Ed Rosenthal was inspired by surviving alone in the Mojave Desert for six and a half days. Rosenthal’s poetry does not recount his experience in detail; it is not replete with maps, photographs, and a day-by-day account of his adventures. Instead, we gain an insight into what it means to be truly lost and found, to survive the strangest of desert nights and return to the heart of the city… with a newly found wisdom and zest for life. 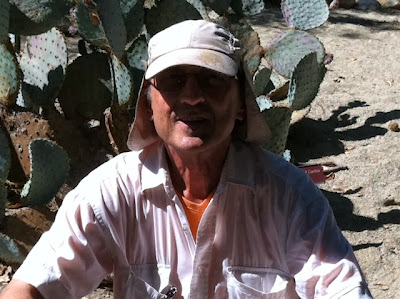 Posted by Maja Trochimczyk at 11:55 PM 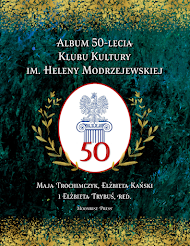 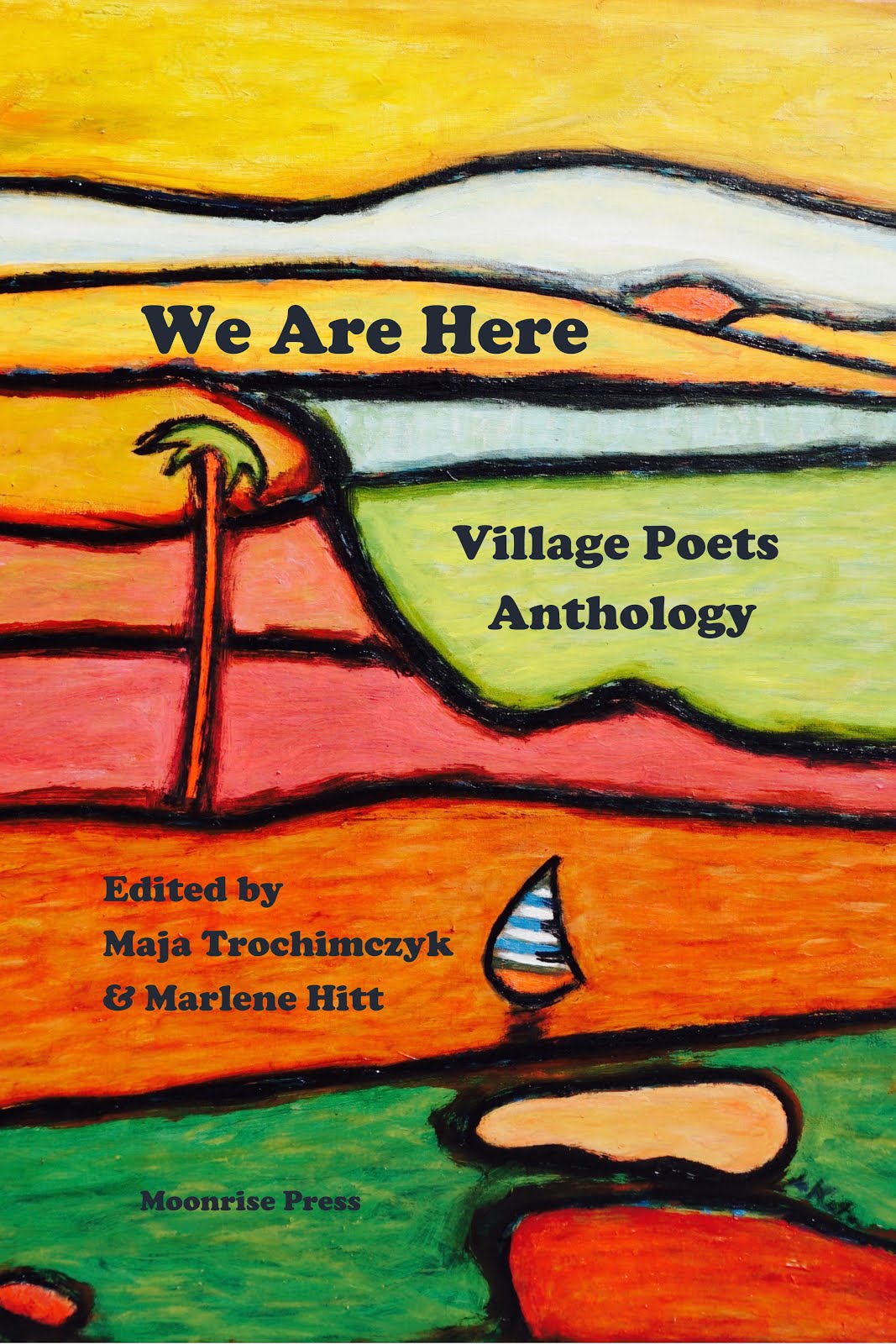 An Alphabet of Birds by Toti O'Brien 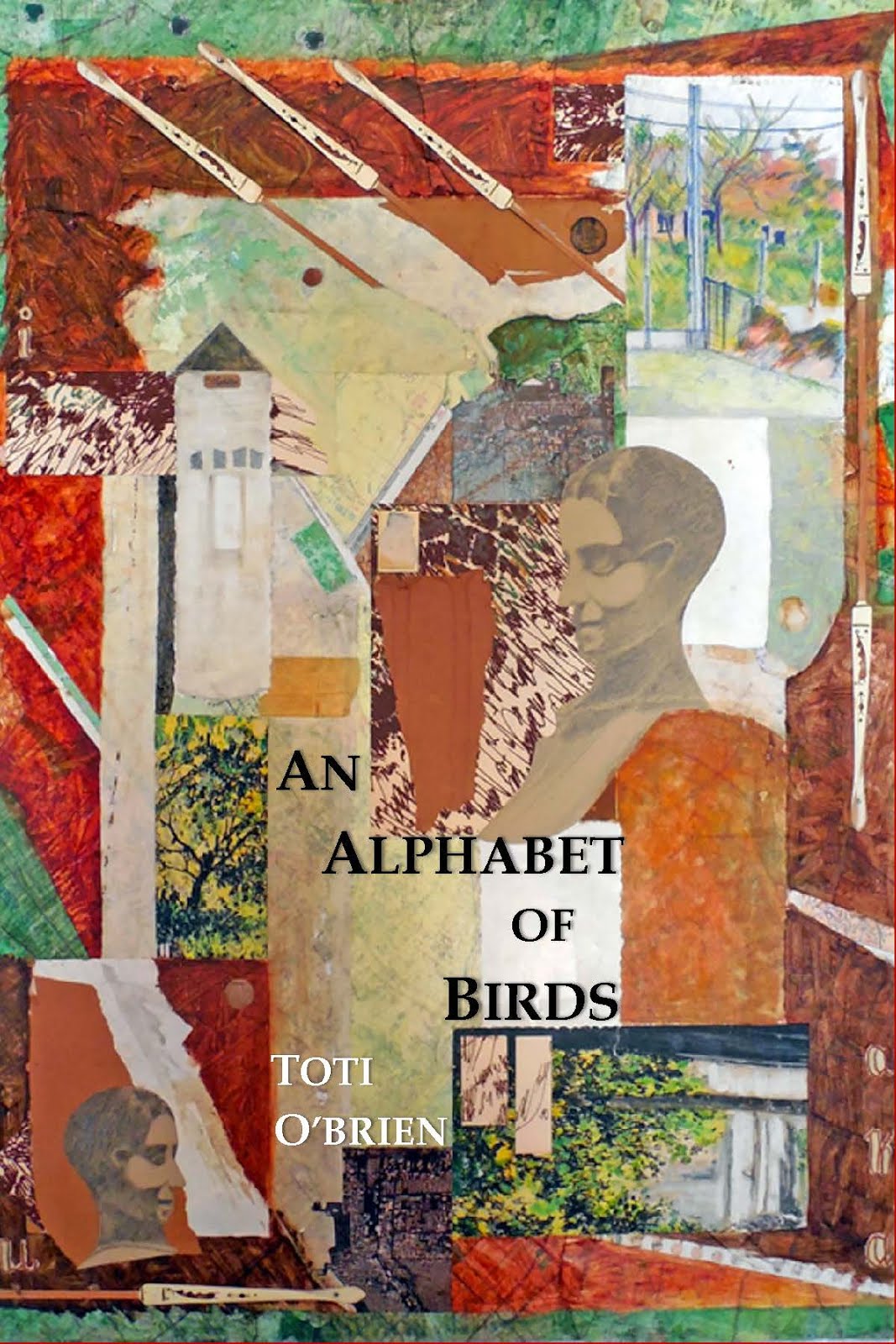 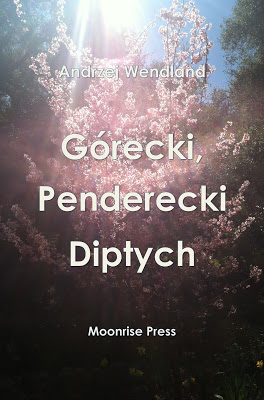 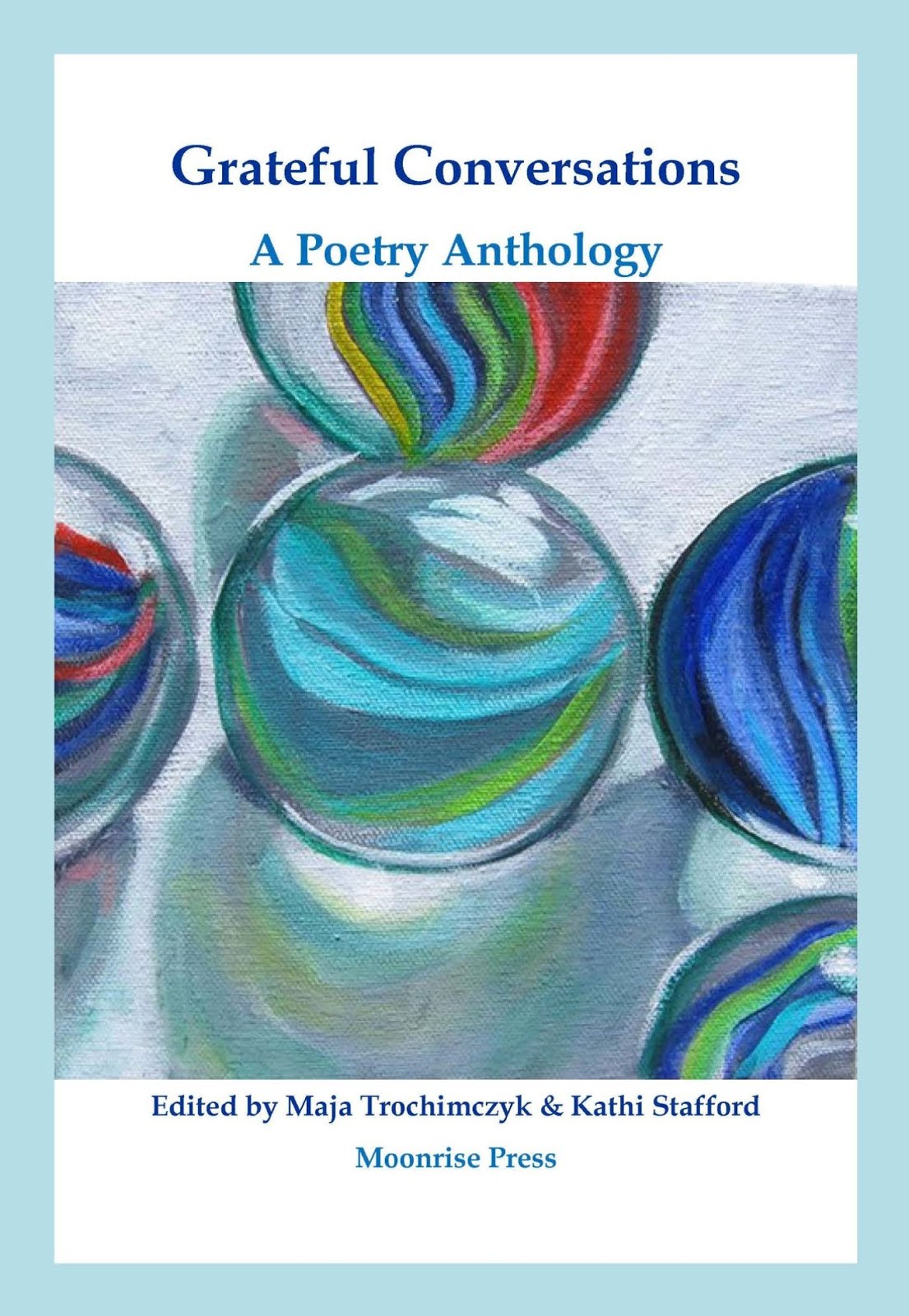 Gardens of the Earth by Saine 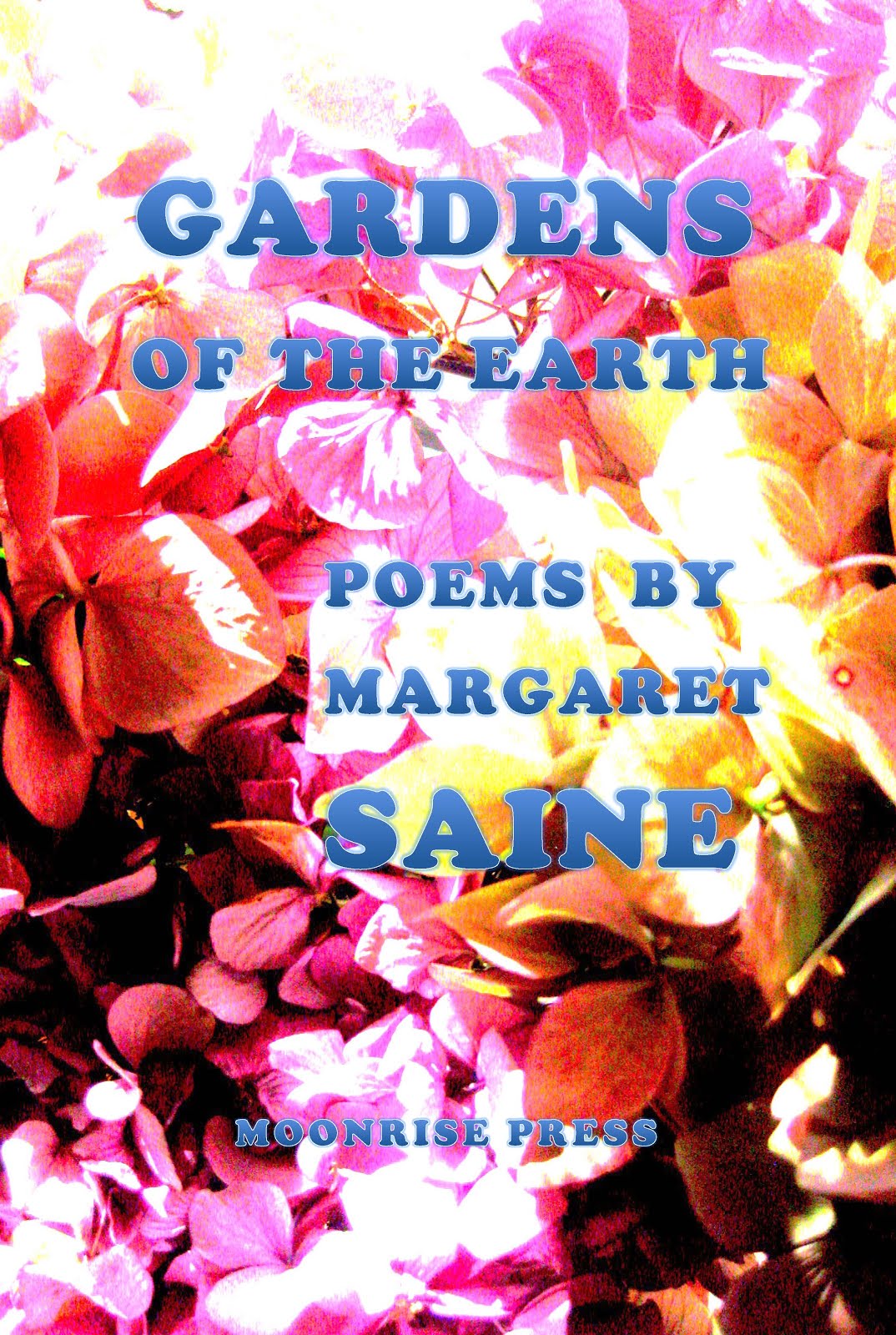 Gorecki in Context by Trochimczyk 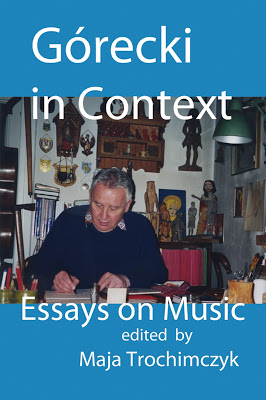 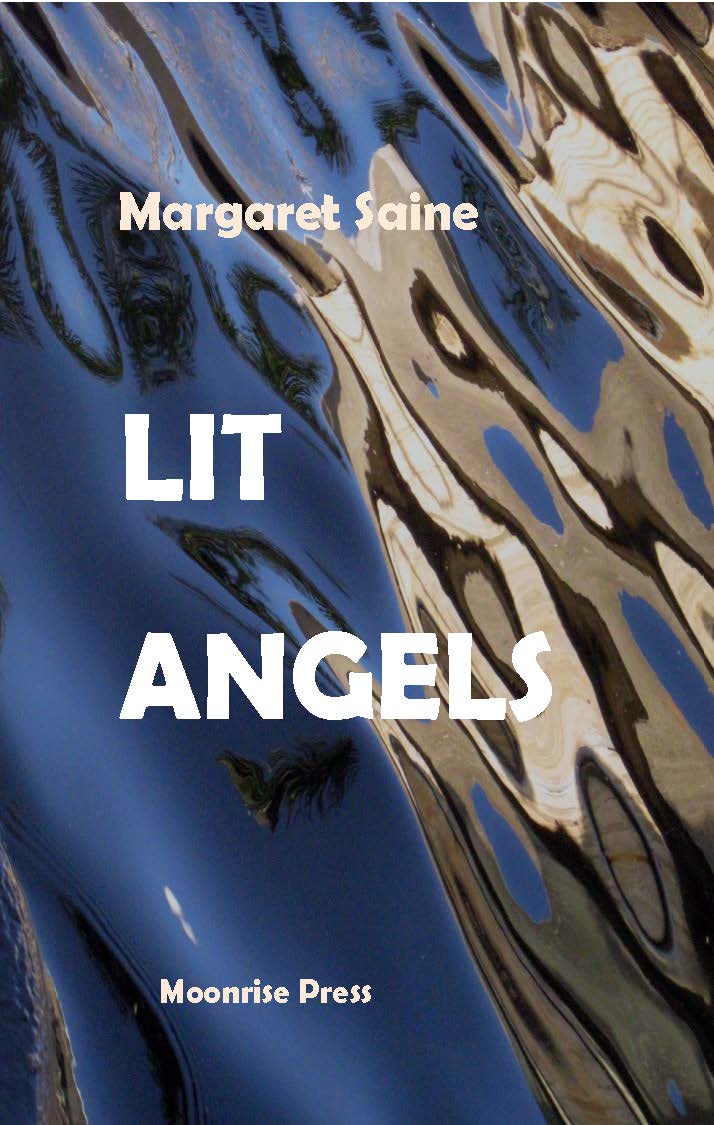 The Rainy Bread: Poems from Exile 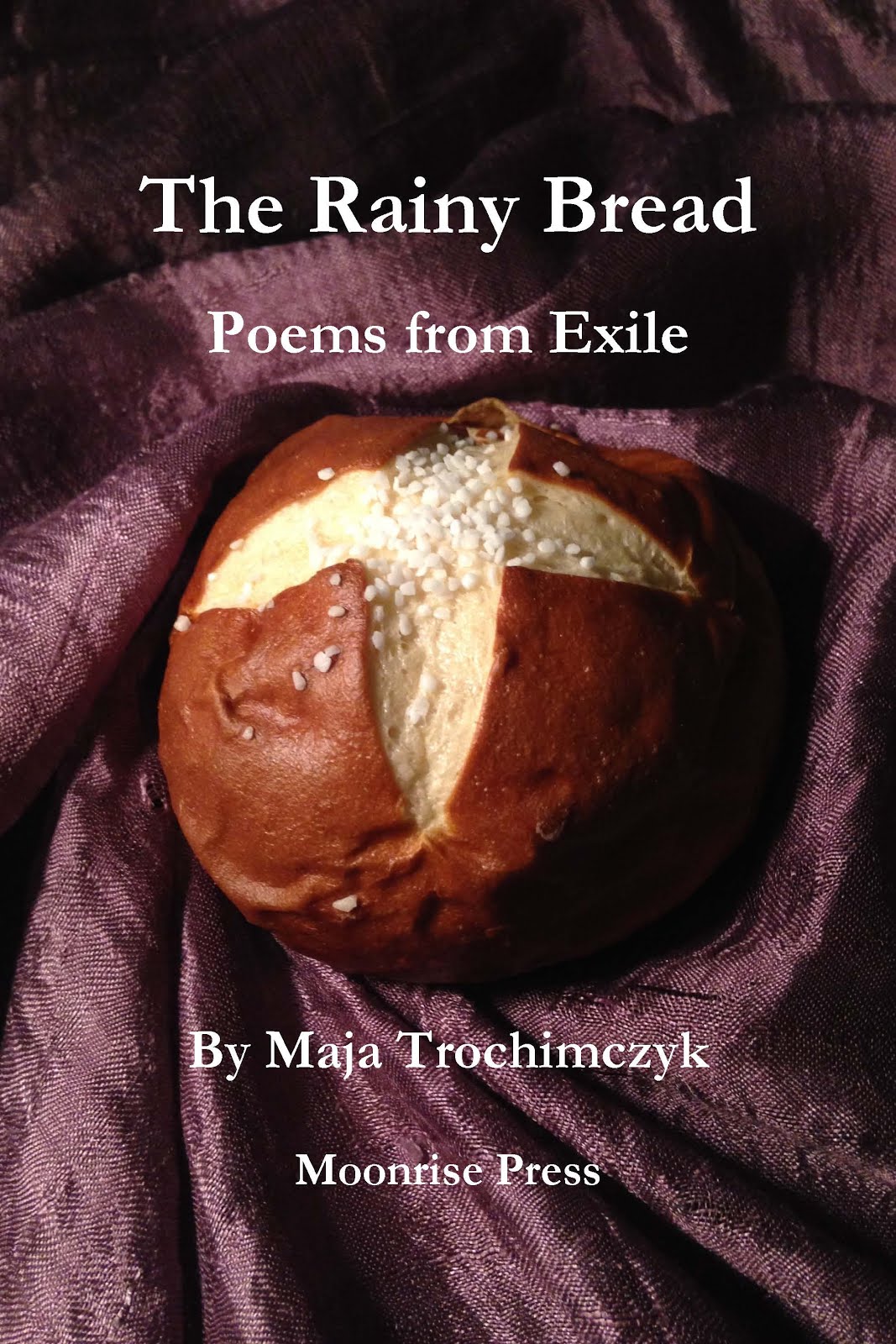 Into Light: Poems and Incantations 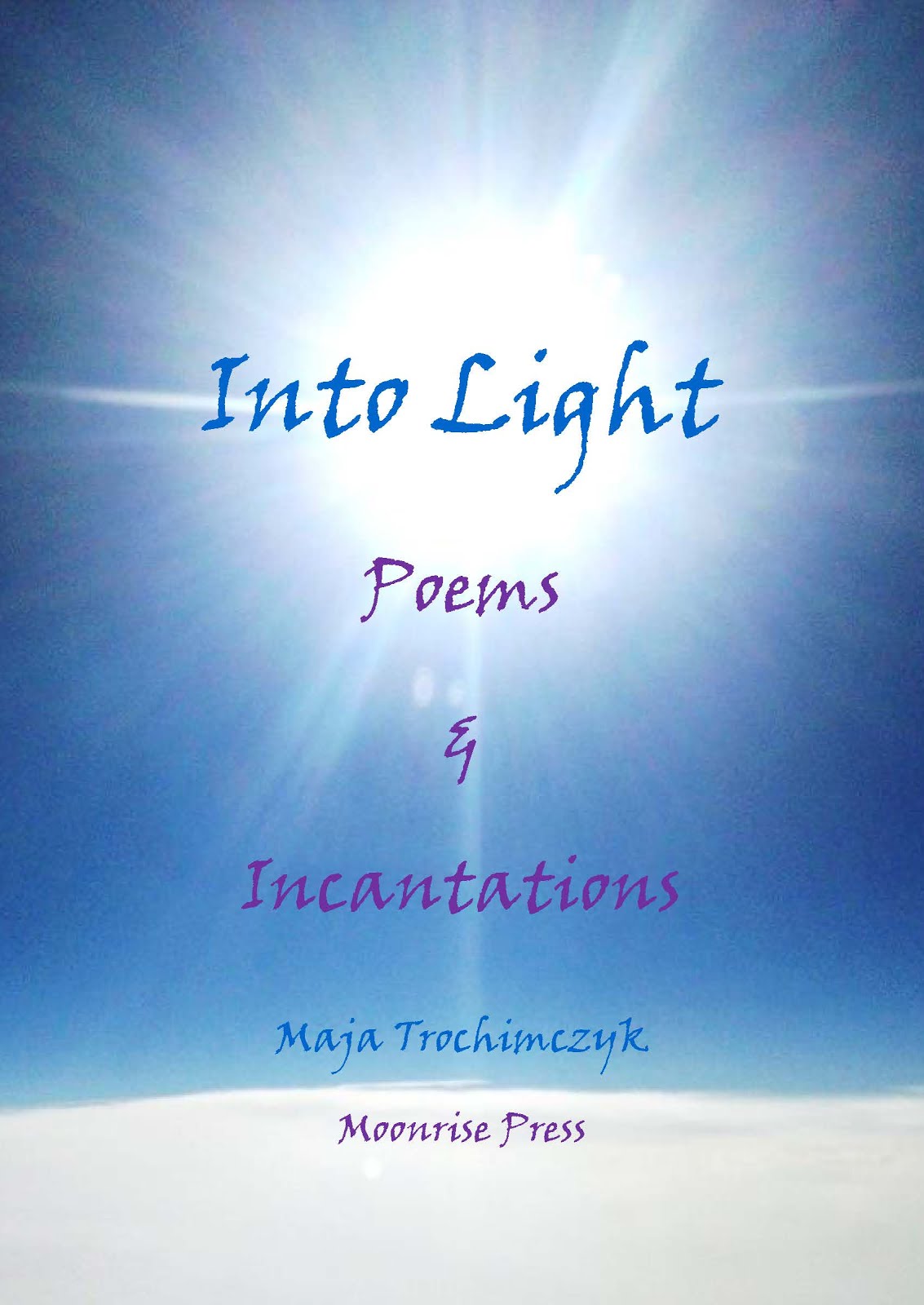 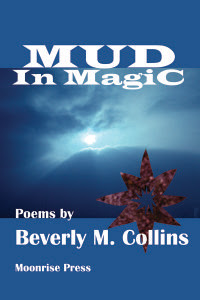 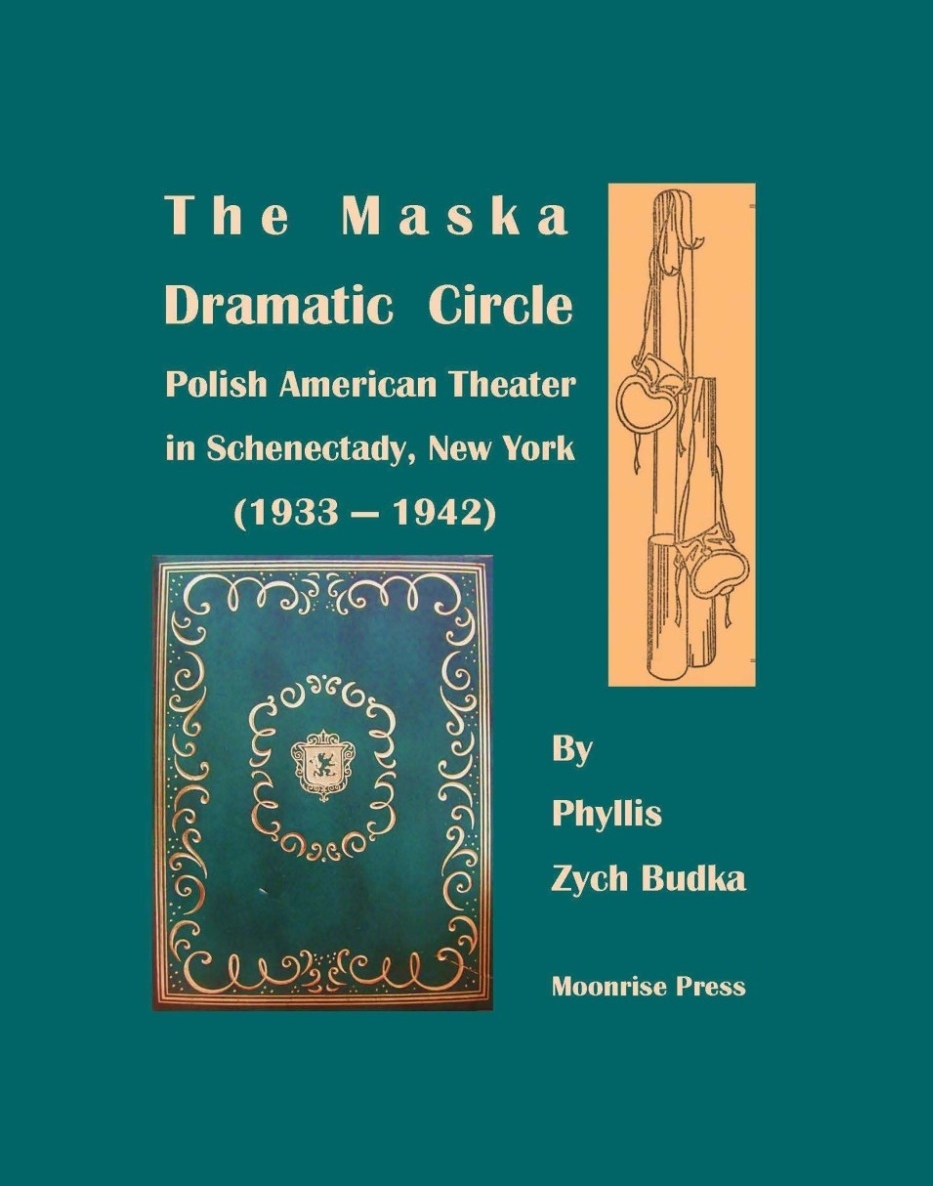 Across the Atlantic: The Adamowicz Brothers 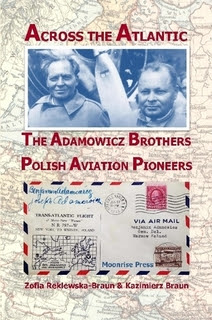 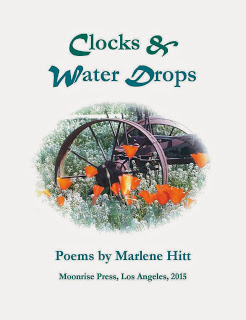 The Desert Hat by Ed Rosenthal 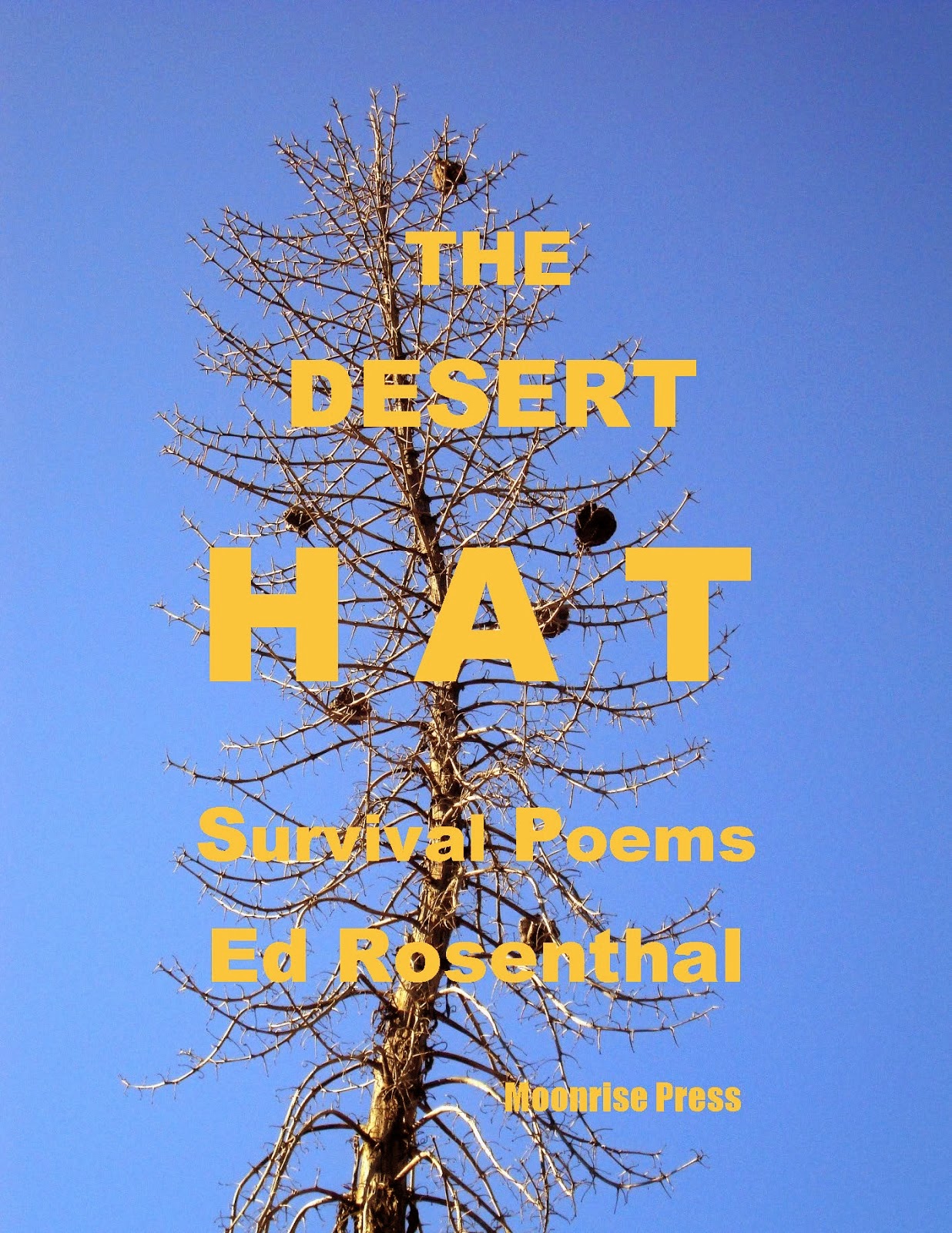 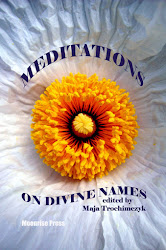 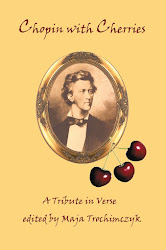 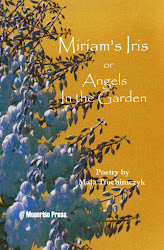 Maja Trochimczyk
As an author of seven scholarly books and hundreds of articles and book chapters, I'm well established in the music history world, with two main specializations: Polish music of the 19th and 20th centuries, and 20th-century contemporary music. A former Poet Laureate of Sunland-Tujunga and current member of Village Poets and the Westside Women Writers, I have published over 300 poems in various journals and anthologies. I also wrote five volumes of poems and edited three poetry anthologies. I'm the Acting President of California State Poetry Society, President of Helena Modjeska Art and Culture Club, President of Moonrise Press, and Board Secretary and Communications Director of the Polish American Historical Association. I also belong to the American Musicological Society, and the Polish Institute of Arts and Sciences. The Moonrise Press published 17 books of poetry and music history. I received fellowships and awards from the Canadian & Polish governments, USC, PAHA, City/County of Los Angeles, and American Council of Learned Societies. In 2016, I received PAHA's Creative Arts Prize for two books of poems inspired by WWII experiences of Polish civilians and children.